Skip to content
After being named the Three Lions captain, the Tottenham striker says he thinks his country can lift football’s biggest prize

Harry Kane has allowed himself to dream about lifting the World Cup after being named England captain for the tournament in Russia.

Kane will lead the Three Lions as they look to make amends for their humiliating last-16 defeat to Iceland at Euro 2016.

And despite England having only won the tournament once, in 1966, the Tottenham striker is feeling bullish about their chances of going all the way this time around.

“I believe we can [win it]. I think anyone can. I can’t sit here and say we’re not going to win it because we could do. It’s just my mindset.

“That’s what we’re going to try and do. It’s going to be extremely hard, there’s some really good teams in the World Cup, but it’s worth fighting for.

“Those dreams of lifting it, I’m sure we’ve all had them. It’s an opportunity for us and we’re going to fight and give it everything we’ve got.” 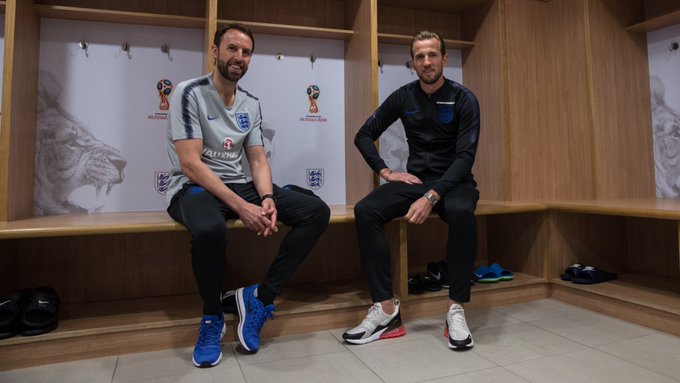 Kane says England have been guilty of approaching major tournaments with a negative outlook in previous years and hopes to oversee a shift in mentality.

“Maybe we’re a bit afraid to say we want to win stuff because we’re afraid of the reaction of the media or the fans,” he added. “Maybe that’s made the players go into a bit of a shell.

“What I’m trying to say is we’re not afraid to say we want to win it, because every country wants to win it.

“We have to be brave, we have to take it on the chin. Whether we go out in the group stage or the semi-finals, it’s the same – you don’t win the World Cup.

“That’s what we’ve got to discuss as players is to have no fear.”

And the 24-year-old, who has been one of a number of captains on rotation since Gareth Southgate took charge, is confident the extra responsibility will not affect his form in front of goal.

“Since I’ve had the armband for England I’ve scored a few goals. I’m hoping that continues,” he explained.

“For me it’s a massive thing and I’m extremely proud to wear the armband but I still have to go out there and do my job, work hard for the team first and foremost and then try and score. So far it’s worked well.”

England begin their campaign against Tunisia on June 18, before taking on Panama and Belgium in Group G.

Klopp: Real Madrid have no weaknesses

Wed May 23 , 2018
The German boss says that the reigning European champions are ‘experienced from head to toe’ and no single tactic will win it for The Reds Jurgen Klopp does not believe Real Madrid have any weaknesses that could be exploited by Liverpool. The teams meet on Saturday in the Champions League final, Madrid seeking […]

The 15 Most Mountainous Countries in Europe

The 25 Most Mountainous Countries In the World