Billie Eilish has announced ‘Me & Dad Radio’, a new show on Apple Music’s Beats 1 radio platform that will feature conversations about music between the songwriter and her father, Patrick O’Connell.

The six-episode series will premiere on Apple Music today (May 8) at 8pm BST.

“My dad and I have had this relationship over the years of sharing music with each other,” Eilish told Apple Music’s Zane Lowe in an interview, announcing the new show.

“My dad has shown me some of my favorite songs in the world and I’ve shown him songs that he loves and adores also.” 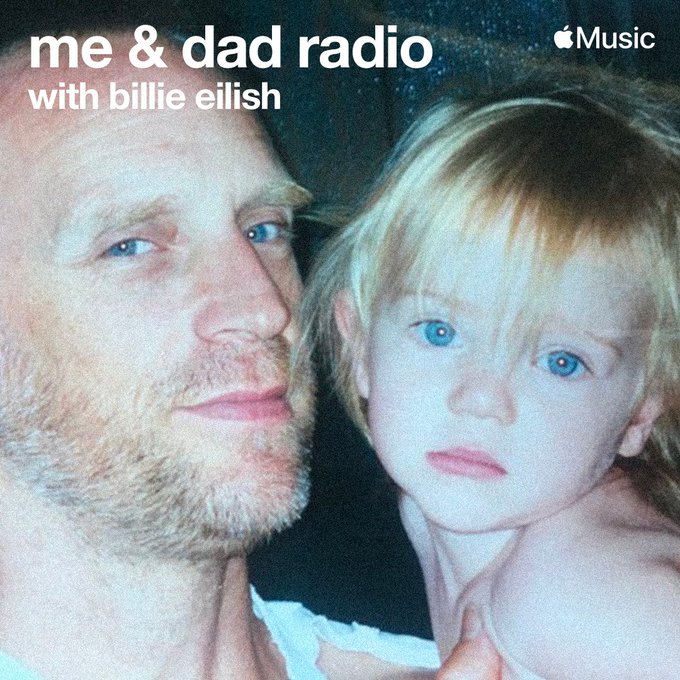 The new show marks Eilish’s second Beats 1 program, following ‘Groupies Have Feelings Too’ back in 2018.

“Dad had never done it before,” Eilish told Lowe. “Dad was just hyped all around. But it was really fun. I think the best episodes will be later because the first one was our first go at it and I think it’ll get better. I think maybe we blabbed a little too much.”

Eilish also revealed later episodes will include her mother and brother/collaborator Finneas.

According to an announcement from Apple, the music featured on the shows will “span decades and genres, from the popular and well known, to the rare and obscure.”

Eilish, along with her brother, recently performed a live-streamed gig as part of Verizon’s ‘Play It Forward Live’ campaign. The 50-minute set saw Eilish draw from her acclaimed debut album and discuss the coronavirus pandemic.

Late last month, Eilish was among the nominees for this year’s Webby Awards, dubbed the ‘Webbys From Home’ due to coronavirus.

“If that $20 bill was a counterfeit, George didn’t know it!” Floyd’s roommate says he was a good man who would never use fake cash, take drugs and barely drank alcohol

“I just made the video unto likeness, I never knew it will go viral” man apologizes for sucking on his baby sister’s lips (video)