Kevin De Bruyne thinks it will be “very difficult” for any team to match Manchester City’s record tally of 100 points for a Premier League season.

A last-minute winner from Gabriel Jesus against Southampton on Sunday saw the champions become the first team ever to reach three figures for points in a single 38-game campaign in the competition.

The achievement underlined the remarkable performance of Pep Guardiola’s side in 2017-18, who also set records for most wins overall and away from home, most goals scored, biggest goal difference, greatest title-winning margin and the least time trailing in their matches.

De Bruyne admits it was a special moment to hit the points tally in such dramatic fashion, and the Belgium star does not expect the feat to be repeated again.

“We all knew if we get 100 points it would be something so special and it is probably very difficult to manage again,” De Bruyne said. “It was the only thing to play for and if you end the season that way, last minute, last kick of the season and you get 100 points, it feels unbelievable.

“We broke the record, 100 points is something special. Three digits is very difficult to manage again and to be part of that means a lot.

“We have the most points ever and with the competition you have with all the big teams it is very tough. To get 100 points and only lose 14 points in the whole season – to manage that is something special. 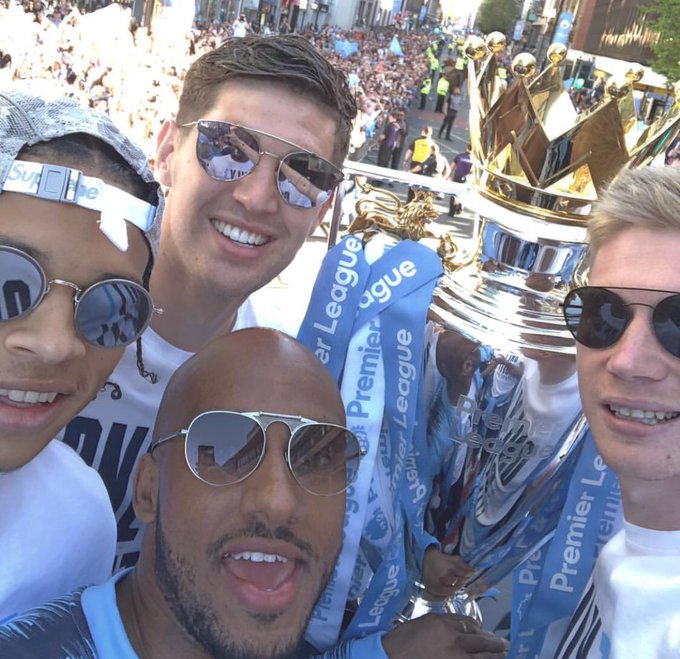 “This year has been something special but next year you all start from nil again and to do the same is probably impossible but we have to try to manage it and try to win next year.”

Iniesta choosing between China and Japan

Tue May 15 , 2018
The outgoing Barcelona star is choosing between the Chinese Super League and the J-League as he searches for a new club. Barcelona great Andres Iniesta confirmed he was close to making a decision over his future, with China and Japan his options. Iniesta, 34, will leave the La Liga champions […]