Former Marseille and Guingamp star Didier Drogba has been crowned Ligue 1’s greatest striker of the past 20 years, ahead of PSG legend Zlatan Ibrahimovic.

Drogba was recognised by Ligue 1 on Saturday after collecting 51 per cent of the 40,094 votes cast by fans on social media.

Abraham aware of ‘big boots to fill’ as Chelsea No.9

Messi is the only player better than Neymar – Rosell

The former @OM_English and @EAGuingamp striker has been voted by you, the fans, as Ligue 1’s top striker of the last 20 years! 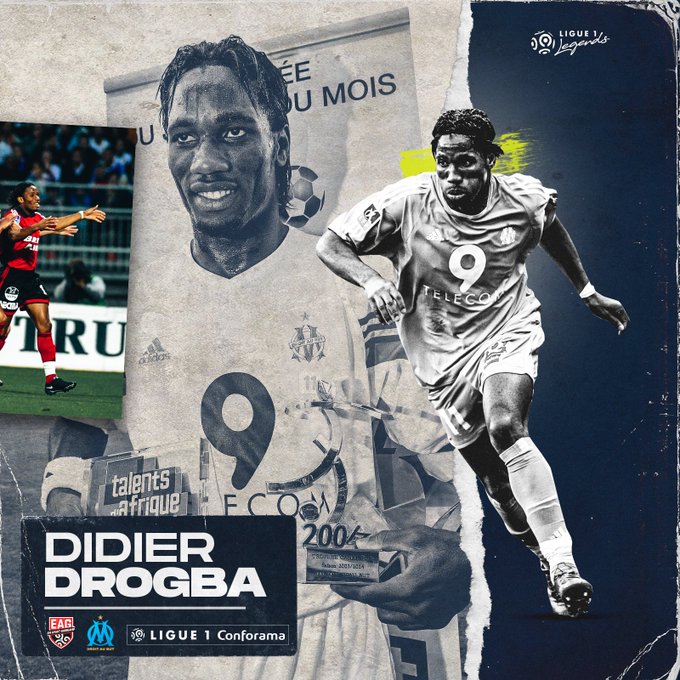 He spent two-and-a-half years in the French top-flight and played for Guingamp between 2001 and 2003 before moving to Marseille where he spent a season.

On his run to the final stage, Drogba saw off competition from Fernando Morientes, Alexander Frei, Karim Benzema and Pauleta.

The former Ivory Coast forward reacted to the recognition by appreciating the fans and his former clubs for the opportunities he was given.

“Wow what recognition from the fans, thank you Guingamp and Marseille for allowing me to experience these incredible emotions,” he tweeted.

“Great respect to all strikers who have played in the French championship.” 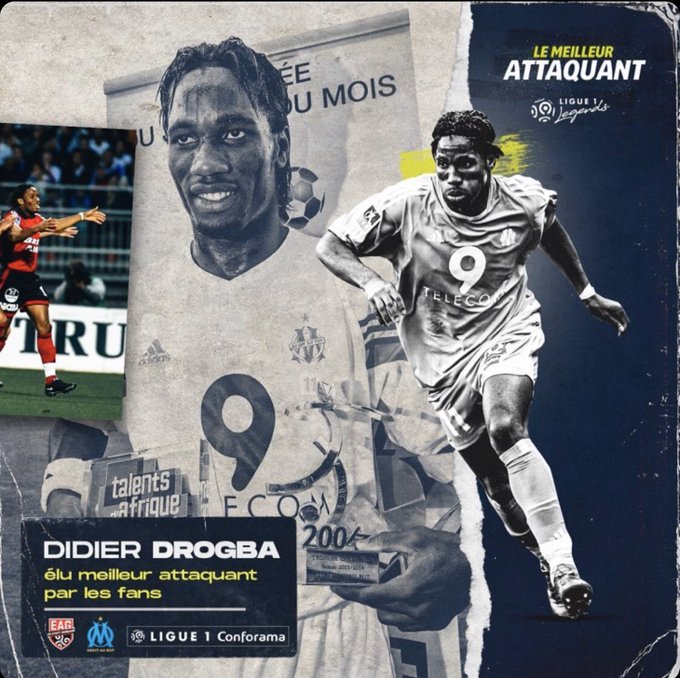 Drogba arrived Guingamp from Le Mans in the second half of the 2001-02 campaign, and he helped the club maintain their top-flight status with three goals in 11 games.

The following campaign, the Ivorian helped Guingamp to seventh on the top-flight table, a record league finish with a return of 17 goals in 34 league appearances.

His goalscoring exploits attracted interest from Marseille who later signed him for £3.3 million.

During his debut campaign with the Olympians, 25-year-old Drogba returned 19 goals in 35 league matches and he also guided them to the Uefa Cup final where they bowed to a 2-0 loss against Valencia.

He spent only a season in the French city before Chelsea shell out a club-record fee of £24 million to sign him in the summer of 2004.

Thiago Silva could stay with PSG

Abraham aware of ‘big boots to fill’ as Chelsea No.9

Messi is the only player better than Neymar – Rosell