Skip to content
The former PSG boss was a unanimous choice as the Gunners next head coach, according to the club’s chief executive

Emery was confirmed as Arsene Wenger’s replacement at the Emirates Stadium on Wednesday, signing a three-year deal.

Gazidis, head of football relations Raul Sanllehi and head of recruitment Sven Mislintat all agreed on the appointment of the Spaniard, with Mikel Arteta among those previously linked with the post.

“All the way going through the process, Raul and I and Sven spoke to each other as little as possible because we didn’t want to pollute each other’s viewpoints from the discussions we had had,” Gazidis told UK newspapers.

“We wanted to come to the discussion fresh when we had been through all eight of the final candidates.

“We narrowed it down to three. We spent an entire day discussing among those three. At the end of the day, three of us all wrote on a piece of paper, one, two, three, and put them into the middle of the table.

“And the choices were all, one, two, three, the same. And Unai was at the top of all of our lists.”

Arsenal are coming off a disappointing season, having finished sixth in the Premier League – 37 points behind record-breaking champions Manchester City. 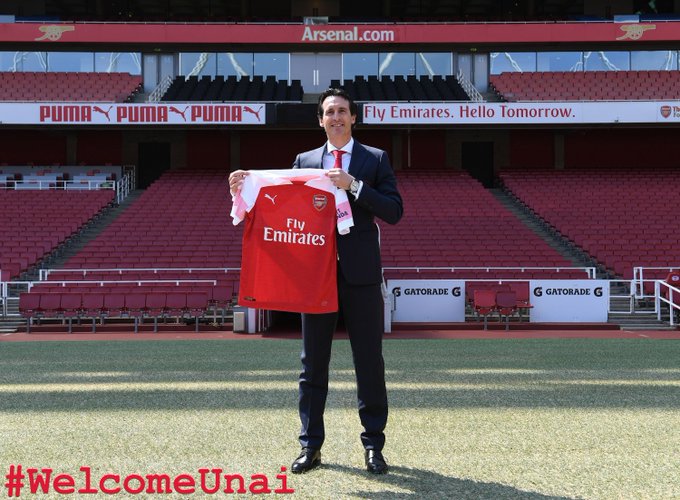 Gazidis said there was no expectation of instant success under Emery, but he wants improvement.

“It’s a three-year contract,” he said.

“I think we need to understand that success isn’t instant. So, this is going to be a process. Day after day, you try to improve a little bit, you try to move forward. That’s what we have to do.

Thu May 24 , 2018
Nollywood actress, Mercy Johnson, and wife of Prince Odianosen Okojie lost her mom, Mrs Elizabeth Johnson to a brief illness. According to reports, the mom died this morning after some days in coma at the hospital due to an undisclosed ailment. Mercy Johnson made this known on her Instagram account […]