The event is set to take place in October

Fatboy Slim has announced a free gig in his hometown of Brighton for NHS workers to thank them for their work in combatting the outbreak of coronavirus in the UK.

The DJ and producer is the latest big-name artist to announce a special event for health workers, following on from the likes of Liam Gallagher, Manic Street Preachers and Paul Heaton & Jacqui Abbott.

Fatboy Slim announced the Brighton gig on Twitter last night (April 15), confirming that he intends to throw a “free party” for NHS workers at the Brighton Centre on October 28.

The DJ extended “an invitation to all NHS doctors, nurses, support workers, porters and cleaners” as well as “all blue light staff, ambulance, police and fire service (+ importantly their +1s)” to attend the show. 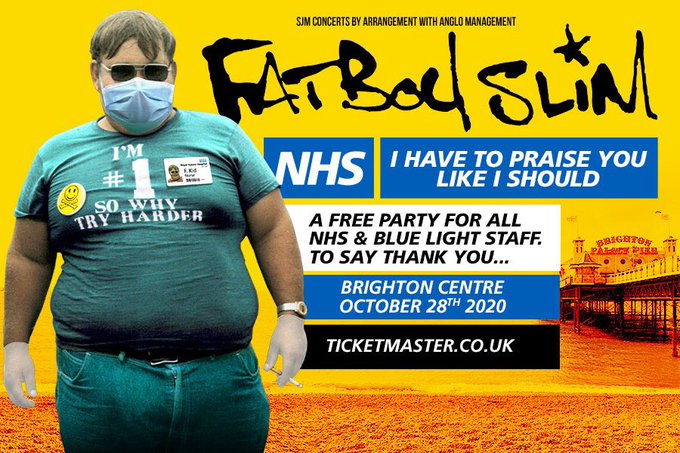 “By the time life returns to normal, we will all want to celebrate together and I would like to do my bit to reward and thank everyone who has been holding our lives together in these most difficult of times,” the DJ said in a statement about the gig.

“So I extend an invitation to all NHS doctors, nurses, support workers, porters and cleaners plus all blue light staff, ambulance, police and fire service – and importantly their plus ones – to let their hair down with me and dance off the cobwebs to rejoice in the end of this emergency.”

Tickets for the gig, which carries the subtitle ‘NHS: I Have To Praise You Like I Should’ (in reference to Fatboy Slim’s 1999 single ‘Praise You’), will go on sale tomorrow (April 17) at 7PM.

Fernandes demands Man Utd signings must be 'hungry for titles'