Liverpool manager Jurgen Klopp has joked that the club would be the top result on Google for the search term ‘European nights’.

The Reds face Real Madrid in Kiev on Saturday hoping to add a sixth European Cup or Champions League crown to their impressive continental haul of silverware.

Liverpool’s run to the final has featured big home victories over Manchester CIty and Roma, and Klopp says the club – and stadium Anfield – have become synonymous with such big occasions.

“European nights are special,” he told a news conference. I think if you Wikipedia or Google ‘European nights’, the answer must be Anfield.

“It’s really cool being a part of that.”

Liverpool unquestionably go into the final as underdogs against a Madrid side bidding to win an unprecedented third Champions League title in a row, but Klopp is reluctant to put tags on either team and believes passionately that his side have an answer to the experience of Zinedine Zidane’s men.

“I don’t want to play that game now,” he added. “They are more experienced. It’s a fact.

“If there was an experience market they should sell it because then they would be even more rich than they are already.

“Experience is very important in life, but not the only important thing in life.

“There are a few other things. Especially in football. I know that. 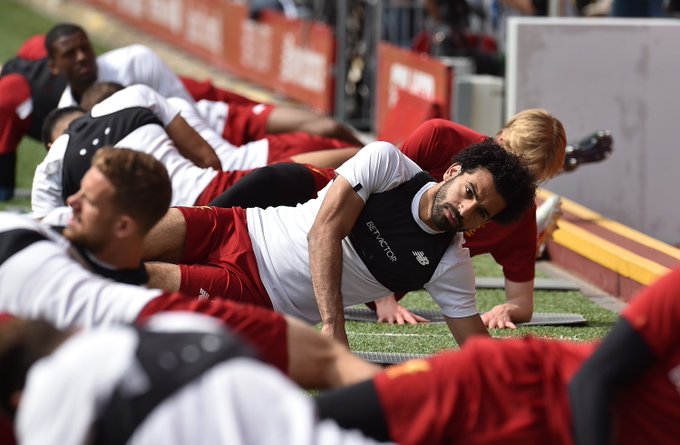 “It’s an advantage to be more experienced but you can level it with desire, with readiness, with attitude, with work rate. You can level it. That’s what I love in football.

“We are not as long together with this group as Real Madrid because they not only won the last two. They played these finals with pretty much the same team every time. That is very special as well.

“So as a group they are strong and that’s all fact.

“But it’s still football and we have a chance and that’s why I think let’s give it a try. Let’s go there and try to perform on a level that maybe people would say is not possible for us. But it is possible. It’s exactly what we should do.

“We’ve done all the things we need in that game already during the campaign. Now we have to do it again against a really strong team.”

Tue May 22 , 2018
Senator representing Delta Central, Ovie Omo-Agege, has appeared before a joint ad hoc committee of the National Assembly over the alleged theft of senate mace. Following his suspension from the senate, the lawmaker was alleged to have led thugs to the Upper Legislative chambers on April 18, 2018 to steal the […]