Grimes and Elon Musk won’t be able to legally register their new baby’s name as X Æ A-12 in California.

The couple welcomed the birth of their first child earlier this week, with Grimes subsequently confirming Musk’s announcement that they intend to name their son X Æ A-12.

•Æ, my elven spelling of Ai (love &/or Artificial intelligence)
•A-12 = precursor to SR-17 (our favorite aircraft). No weapons, no defenses, just speed. Great in battle, but non-violent

However, their naming plans are reportedly likely to be scuppered by California law. TMZ cites a source from the Department of Public Health Office of Vital Records in LA (the city in which the baby is thought to have been born) who said that the law states that symbols and numbers cannot be used in the registering of a legal name.

Family law attorney David Glass also confirmed this law to People and said that while the couple’s choice of name for their child wasn’t technically illegal, it wouldn’t be accepted as valid by the state of California.

“In California, you can only use the ’26 characters’ of the English language in your baby name,” Glass said. “Thus, you can’t have numbers, Roman numerals, accents, umlauts or other symbols or emojis. Although an apostrophe, for a name like ‘O’Connor,’ is acceptable.” 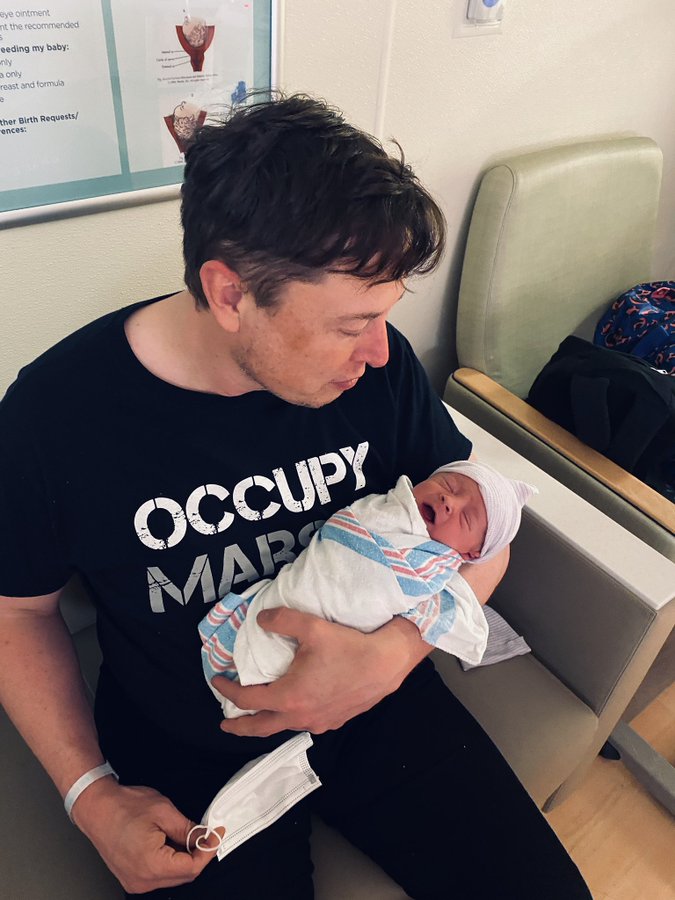 Glass added that if Grimes and Musk filled out the child’s birth certificate with the name X Æ A-12 at the hospital, it will be “rejected and they’ll be asked to submit it again.”

“They have an opportunity to appeal the rejection of the birth certificate application but it’s unlikely that it will be granted because, again, California … has been struggling with using symbols,” he added.

Back in February, Grimes signalled that she and Musk may let their child choose their own gender identity.

“I don’t want to gender them in case that’s not how they feel in their life,” she told fans during a YouTube live stream about her child. “I don’t know, I just feel like it doesn’t need to be known.”