‘I don’t want to be an embarrassment’ – Thiago Silva

Brazil and Paris Saint-Germain defender Thiago Silva said he is taking inspiration from Zinedine Zidane and plans to retire before he becomes “embarrassing”.

Thiago Silva, who made 39 appearances across all competitions for Ligue 1 champions PSG last season, has played in all three of his country’s Copa America games so far.

Retirement does not appear to be imminent, but Silva believes Zidane’s decision to hang up his boots after the 2006 World Cup at the age of 34 is a prime example of going out at the very top of the game.

“I hope I can make the decision to give up before my legs give up on me,” the 34-year-old defender told PSG’s official magazine.

“I do not want to be embarrassing on the field and feel one day that I’m not at my best and players can beat me easily in duels.

“I am happy that my career has been successful and I want to finish at the highest level possible.

“I’m a fan of how Zinedine Zidane ended his career, right after a World Cup. At some point, I will also have to make that decision to stop.”

Unlike Zidane – who is head coach at Real Madrid – Silva believes he would be better suited to an assistant coaching role. 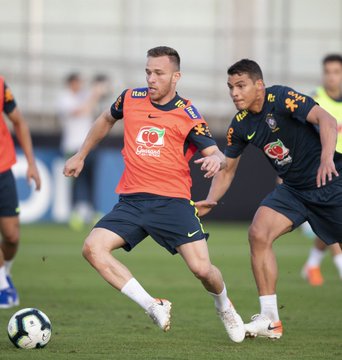 “I do not see myself as a leader; I want to be on the pitch, maybe as a coach or as an assistant,” he explained.

“I will watch as many matches as possible. I want to know the levels of different football schools, whether French, Dutch or Italian, whether defensive or offensive.

“By relying on my experience as a player, I hope to one day perform as a coach.”

Silva will expect to be in the starting line-up when Brazil’s Copa America campaign continues against Paraguay in the quarter-finals on Friday.

Brazil finished top of Group A having won two and drawn one of their opening three matches, while Paraguay finished third in Group B with two draws and a loss across their three matches.

'I have everything to prove at Anderlecht' – Kompany