Spurs’ Son Heung-min and Rudiger were involved in an incident during the second half at the Tottenham Hotspur Stadium, and in the tangle the South Korea international appeared to lash out with a kick.

Shortly after, as confirmed by Cesar Azpilicueta following the match, Rudiger reported to his captain that he heard racist abuse.

Chelsea boss Frank Lampard confirmed the pair raised the incident with Premier League officials at full-time, while Spurs have launched their own investigation.

And Mourinho was left disappointed by what is alleged to have taken place.

“I’m in the game, I’m focused on the game, I’m too far from the area where it looked like the incident happened,” he told reporters when asked if he heard anything. 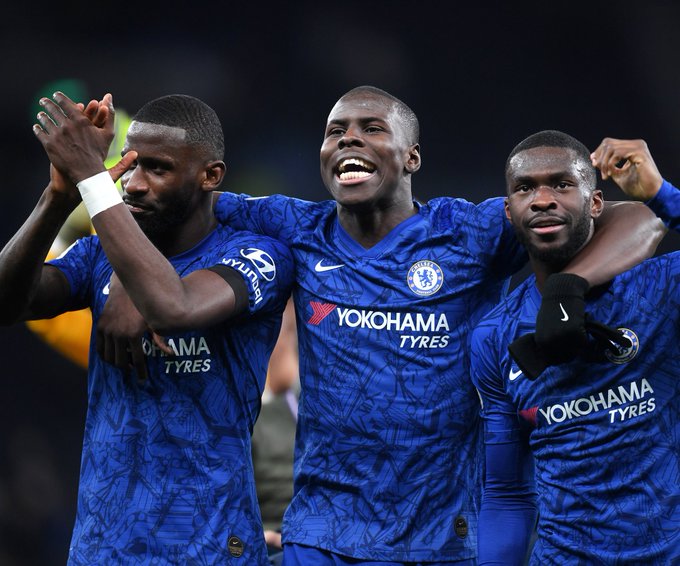 “I was losing, I didn’t want the game stopped, but immediately when I knew the reason why it was stopped I obviously understood and accepted it.

“The club is also a very proud club in this kind of situation and the club also internally will try to delete it [racism].”

A message was read out over the public address system highlighting alleged abuse on three occasions in the closing stages of the match.

When asked if referee Anthony Taylor had raised the possibility of abandoning the match when he came over to inform the benches of the allegations that had been made, Mourinho claimed nothing of the sort was said, before then using the opportunity to criticise the official’s general performance.

“No, no, no, no, I didn’t even know what was going on,” Mourinho added. “I saw during the game Anthony speaking too much with players, in my opinion.

“Even on a situation that would sooner or later end in a penalty for us, he was speaking to players all the time.

“He was speaking too much, so when I saw him speaking with players and stopping the game I thought it was one more teacher talk.

“But then when he came to me and Frank to tell us what it was, it was very disappointing. You have to agree with every decision the referee makes, stopping the game and sending everyone home.

“I have no control over that. In this moment everyone is together because racism is a sad thing in society and a sad thing in football and still happens.”

Neuer is the best goalkeeper the world has ever had – Rummenigge

Winter break is in the ‘wrong moment’ – Mourinho

Fani-Kayode mocks Buhari over his declaration to defeat Boko Haram

Unstoppable Messi is ‘from another world’, says Van der Vaart