Idris Elba is starring in a new, Jay-Z produced Western, ‘The Harder They Fall’

Idris Elba is set to star in a new Netflix Western, The Harder They Fall – and it’s being produced by Jay-Z.

The film’s script has been written by Boaz Yakin and Jeymes Samuel, who will also direct and produce the film. Jay-Z will be joined in production duties with James Lassiter and Lawrence Bender.

Jay-Z’s Made in America festival cancelled due to coronavirus

A synopsis of the film reads: “When outlaw Nat Love (Majors) discovers that the man (Elba) who killed his parents two decades ago is being released from prison, he reunites with his gang to track his enemy down and seek his revenge.”

It’s not the first time Jay-Z has collaborated with Samuel – the pair last worked together on The Great Gatsby soundtrack. Jay-Z is expected to write and produce all the original the music for the film. 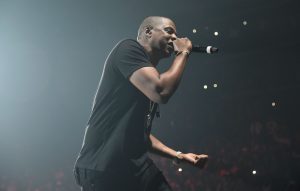 Last week (November 15), it was revealed that Elba will appear alongside Q-Tip and Little Simz on ‘New Breed’, the new single by French-Cameroonian artist James BKS who is the first act signed to Elba’s record label, 7Wallace.

‘New Breed’ is the second single by James BKS, who released his first song, ‘Kwele’, via Elba’s label last year. His latest effort is said to be “an ode to Africa and empowerment.”

Addressing the song, James said: “Little Simz, Idris Elba, Q-Tip and me strongly and proudly represent the New Breed movement, a different way to approach music with no borders, no judgment, no labels. We have learned from our past mistakes and victories and our eyes are on Africa, while in the meantime we embrace our own personal paths, respectively in the UK for Little Simz and Idris Elba, in the US for Q-Tip, and in France for me.”

Earlier this year, Elba was revealed to be in the forthcoming Cats movie: a big-screen adaptation of Andrew Lloyd Webber’s musical of the same name. In August, the actor appeared to not know what the plot of the forthcoming movie is about despite starring in it.