Skip to content
After playing his part in a 2-2 draw that extended Barcelona’s unbeaten La Liga run to 42 matches, the playmaker is ready to leave Camp Nou

The 33-year-old, who will leave Barca at the end of the season, played 58 minutes before being replaced by Paulinho, departing the Camp Nou pitch to a standing ovation.

The nine-time L aLiga champion is expected to complete a switch to the Chinese Super League and said he is struggling to cope with the physical challenge of big matches.

But with Barca remaining on track to go the entire La Liga season unbeaten, Iniesta was happy to be able to go out on a high.

“Clasicos are like that, they are intense matches,” Iniesta said. “They are different and special.

“It was nice, we both tried to do what we had to to win. The draw leaves us with a good taste in our mouth.

“We finished without losing after playing a lot with one less [player]. It is a positive note.

“We leave happy and continue the challenge of finishing the league without losing. 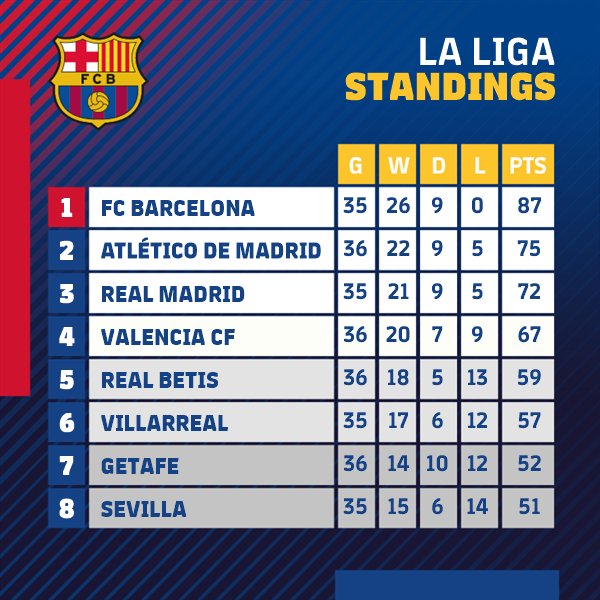 “They are games to enjoy, this is a different game, there’s nothing like it.

“I have [fitness] problems since the Copa del Rey final and I try my best to play these games and do it as long as possible and try to savour it.”

Although Iniesta is yet to confirm his next move, he is expected to sign for Chongqing Lifan when he departs Barca at the end of the season.

Mon May 7 , 2018
The clergyman said this while speaking with the journalists after a thanksgiving service held at the RCCG headquarters in Ebute Metta, Lagos. Pastor Enoch Adeboye, the General Overseer of the Redeemed Christian Church of God, has asked Nigerians to use their voting power to send out political leaders who are […]