by NAIJAXTREME, MD, USA
in Sport
0

A young Nigeria side was guilty of showing too much respect to Argentina on Tuesday, and paid the painful price

At its core, football is about numbers. Each team begins a game with the same number of players, seeking to outdo its opponent. It stands to reason, then, that the comparative advantage comes chiefly from two factors: individual ability, and the deployment of those numbers to gain an advantage.

If you cannot be better than your opponent in every area of the pitch, you can at least force your opponent into the areas where you have greater numbers. That really is tactics in a nutshell.

In the aftermath of Tuesday’s agonizing loss to Argentina, there have rightly been plaudits for the effort of a young team. Yet, in there is a tinge of regret: this is arguably the weakest Albiceleste side in recent history, and Nigeria were guilty of showing way too much respect.

After much speculation about the coaching situation in the Argentina camp, they busted out a third different shape: a 4-4-2, with Lionel Messi partnered upfront by Gonzalo Higuain.

Nigeria persevered with the 3-5-2, which enjoys a natural advantage over the 4-4-2 due to a spare man at the back and in midfield. It was set up perfectly for Gernot Rohr’s side to be brave and press an error-prone Argentina defence into mistakes: Oghenekaro Etebo on Javier Mascherano, Wilfred Ndidi on Ever Banega, Kelechi Iheanacho and Ahmed Musa cutting off the passing lanes from centre-back to full-back.

Instead, Nigeria weirdly sat deep, despite the obvious advantages. Argentina had time and space in the middle of the park, and worked the ball into the channels on the outside of the midfield three as the Super Eagles collapsed into a 5-3-2. Nicolas Tagliafico materialized on the edge of the penalty area from full-back completely unnoticed, but sliced wide.

Sampaoli’s men eventually took the lead in almost comical fashion. With a high defensive line, pressure on the ball is absolutely a must. Instead, Banega had the freedom of Saint Petersburg to receive the ball, look up, and measure his pass over the top to Messi, who ran off the back of Kenneth Omeruo to finish with aplomb.

This was a consistent theme of the first half; the combination of high line with no pressure would later in the half get Leon Balogun booked, as Angel Di Maria broke past him. 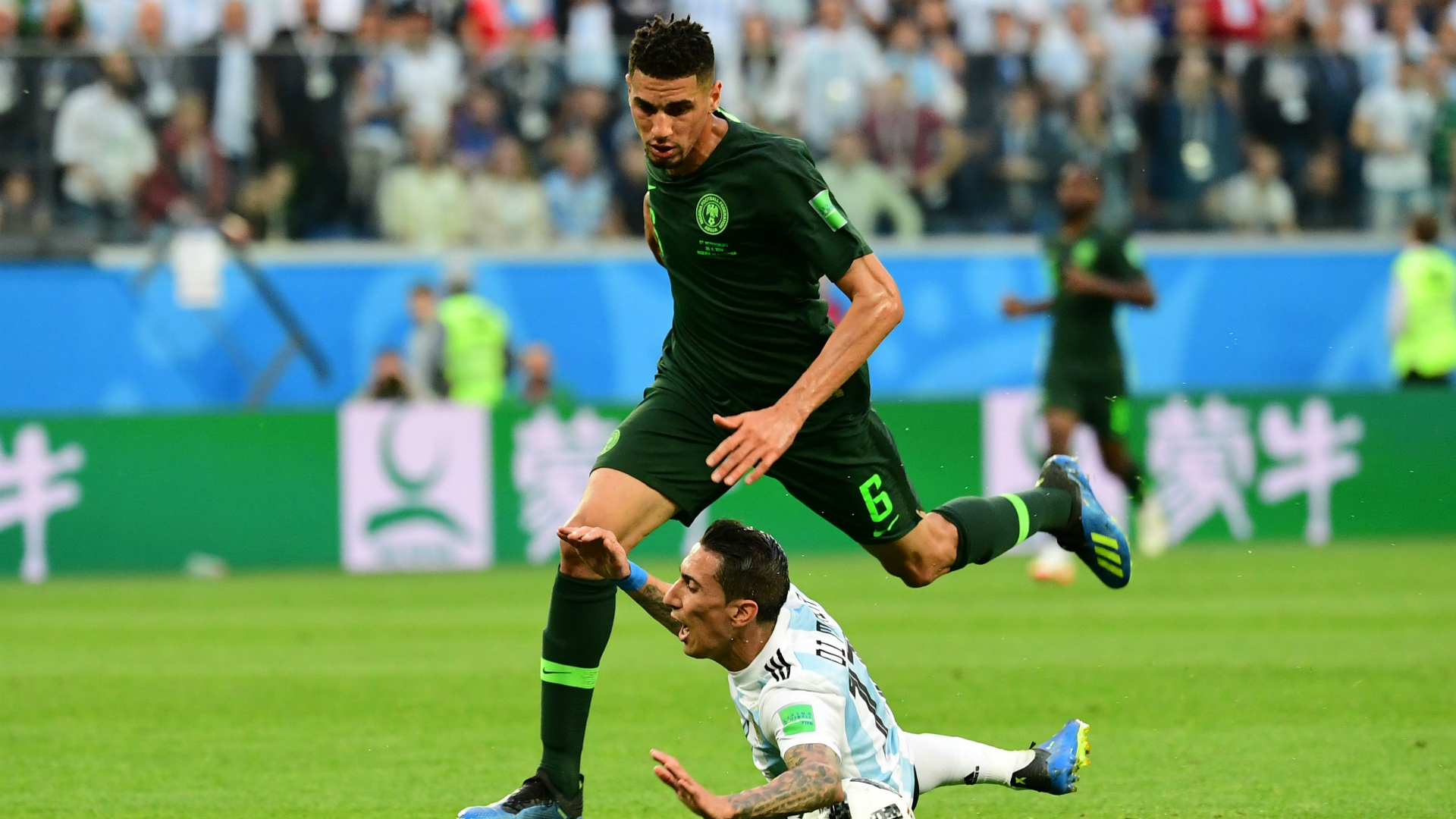 The second half saw an improvement in the intensity, along with the introduction of Odion Ighalo for the ineffectual Kelechi Iheanacho. As was clear from the Iceland game, the latter’s partnership with Musa does not trouble defences enough, and Ighalo was much more willing to drop and receive the ball to feet, even if he was inefficient with it.

The equalizer, however, came early in the half and was independent of any tactical improvement: Balogun was hauled to the ground on a corner and Victor Moses rolled it in to level the score.

There is probably an argument the goal came too early: aware that a draw was enough, and that the onus was on Argentina to force the issue, the Super Eagles retreated deeper as the half went on, rather than taking the momentum from the equalizer. 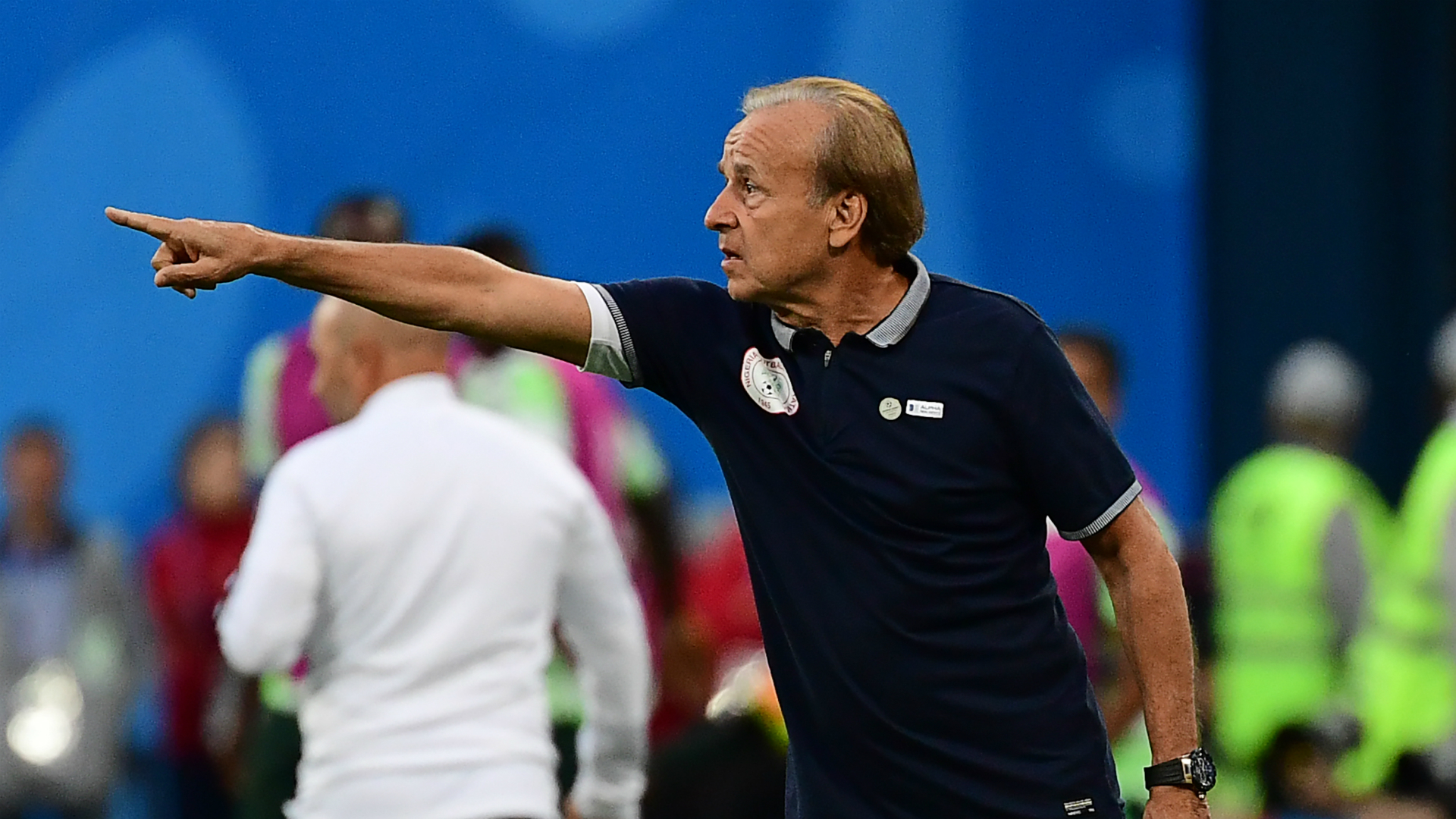 The deeper the team went, the harder it was to transition into attack; Ahmed Musa regularly had his marker on toast, and Ighalo probably should have volleyed home his deflected cross.

Quite why it was necessary to afford Argentina as much space is hard to fathom.

Even more so, why were Alex Iwobi’s quick feet not summoned quicker to beat the South Americans’ counterpress and get up the pitch more frequently?

In the end, it just feels like a missed opportunity. A theme of this World Cup, from a Nigerian perspective, has been the inability to recognize quickly the advantages of its own shape when it matches up against other sides.

That, more than anything else, proved this team’s undoing.

Griezmann 'used to being whistled' after failing to provide France spark