Jurgen Klopp does not believe Real Madrid have any weaknesses that could be exploited by Liverpool.

The teams meet on Saturday in the Champions League final, Madrid seeking to defend the title for the second year in a row.

Liverpool are the top-scoring team in the competition with 40 goals, while the six clean sheets recorded by Klopp’s men is level with Barcelona as the joint-most this term.

But Madrid are considered by many to be favourites for the Kiev showpiece, with Klopp indicating his tactics will be more complicated than targeting left-back Marcelo with Mohamed Salah.

“You saw it, everybody saw it, seems obvious: ‘Marcelo, what an offensive player, but… he can’t defend’,” Klopp said to The Mirror.

“They won the Champions League twice, they are again in the final! Bayern Munich thought they were the better team in the two games, but what is better at the end?

“Real need four chances to score twice. Bayern needed eight to score one. They are experienced from head to toe. There is no weakness.

“Football is not so easy that you can say, ‘If Marcelo makes that run, and we leave Mo Salah there in that space, Salah gets in against Ramos’.” 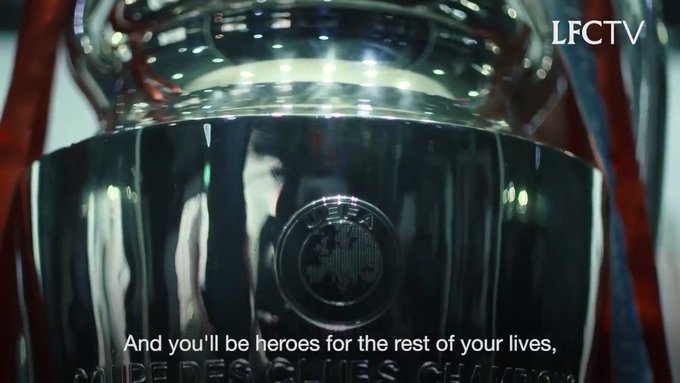 Klopp suggested Liverpool will have to show a killer instinct if they are to triumph against Madrid in the final.

“There are opportunities for us, we know that – and they know it as well,” Klopp said.

“All the teams said it: against Juve, Real were lucky, against Bayern, they were lucky, but they are the third time in a row in the final, the fourth time in five years, so what does that say?

“Their experience prepares them for difficult situations, so we will cause them problems and they will cause us problems.

“And, in the end, we have to be there in the decisive moments, we have to score when we have the chances.”

Wed May 23 , 2018
The Spaniard felt his world turn upside down after delivering the trophy in 2005 and he feels winning it will have a big effect on Jurgen Klopp Former Liverpool manager Rafael Benitez said winning the Champions League with the club changed his life and believes doing so will have a […]