Skip to content
The Brazil international may have missed out on the Golden Glove in his debut season, but he still had reason to be cheerful this week

The records keep tumbling at Manchester City, with goalkeeper Ederson adding the latest one.

The Brazilian has already collected EFL Cup and Premier League winners’ medals since signing from Benfica last June, and now he has a Guinness World Record to his name.

Ederson, whose distribution has added a fresh dimension to City’s attacking play, produced the longest drop-kick in football, which was measured at an incredible 75.35 metres. 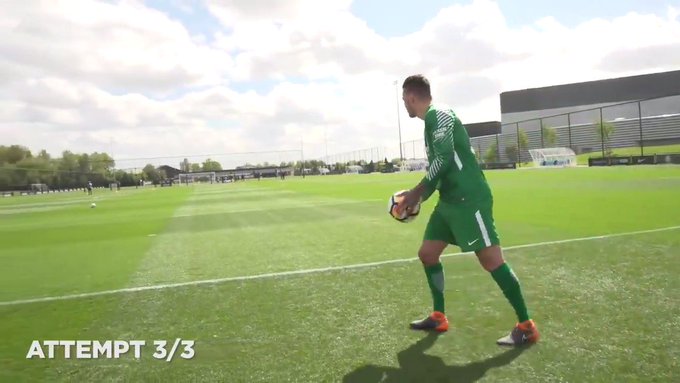 The 24-year-old, set to go to the World Cup with his country, showed off the honour on his Instagram account on Thursday.

Despite his latest record, Ederson did miss out on winning the Premier League Golden Glove for the most clean sheets after David de Gea secured the prize for the first tim in his career on Thursday.

That is unlikely to have tempered Ederson’s mood after he watched on from the bench as City broke the Premier League records for most wins, most points and most goals during Wednesday’s win over Brighton.

Pep Guardiola’s side can now become the first team in Premier League history to earn 100 points if they beat Southampton on the final day of the season on Sunday.

Fri May 11 , 2018
The Brazilian’s incredibly accurate passing and ability to cause havoc in the final third make him a must-sign player this summer at Camp Nou A new, unfamiliar era is dawning at Barcelona. Of that magical trident formed by Xavi, Andres Iniesta and Lionel Messi, only the Argentine will remain at […]