Roberto Mancini has opened the door to Mario Balotelli making an international return as he prepares to take charge of Italy.

On Wednesday, former Inter and Manchester City boss Mancini addressed the media for the first time since being confirmed as the Azzurri’s new head coach and Balotelli was predictably a topic of conversation.

Mancini served as a mentor to the enigmatic striker after Balotelli came through the ranks at Inter and bought him to England in 2010.

Although FA Cup and Premier League glory followed, alongside cult-hero status with the City support, a volatile relationship between player and manager ended with Balotelli joining AC Milan in January 2013.

After an ill-fated loan stint at Liverpool, the 27-year-old has impressed with 43 goals in the past two seasons with Ligue 1 side Nice, but an international recall failed to materialise as Italy floundered in their failed bid to reach Russia 2018.

Mancini will lead a new era following an underwhelming season in charge of Zenit and told reporters he would contact the player most synonymous with his coaching career.

“Even in difficult times, Italy can boast of having players of great quality,” he said. “I will certainly also speak with Balotelli.

“There will be space for whoever will do well for the team. Age is certainly important because we need to build for the future but there is no set criteria to exclude in this regard.

“I want to get to know the players before deciding how we’ll play. The formation and mentality has to be determined by the characteristics of the squad.” 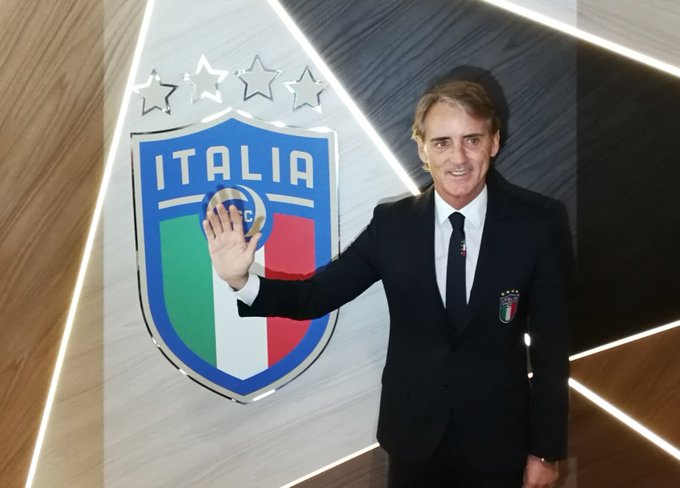 Mancini collected 36 caps for Italy between 1984 and 1994 and made no effort to hide the pride associated with taking charge of his country – something he hopes to restore to a bruised footballing nation at large.

“I’m emotional. I thank the FIGC [Italian Football Federation] for putting their trust in me. I’m proud of this moment,” he added.

“I first set foot in Coverciano [the FIGC’s Florence headquarters] in 1978. To come back as head coach is special.

“To coach the national team is a reason to be proud for anyone. I think that it’s the right moment for me. It’s a difficult time and there’s a lot to do.

“I had a very long relationship with the national team. I had [Enzo] Bearzot, [Azeglio] Vicini and [Arrigo] Sacchi as my coaches. I want to be the head coach who brings Italy back to where we belong in Europe and in the world.

“The failure to qualify for the World Cup caused mourning and this shows how important it is for our country.

“Our task will be to make Italy close to the fans again through our play and results. All the players here are quality professionals. I ask them to show the dreams that are in their hearts.”

Mancini’s first game in charge will be against Saudi Arabia on May 28 – the first of three friendlies in a week, with matches against France and Netherlands also scheduled.

“What We Have Done To Violent Shiites Members” – Police

Tue May 15 , 2018
The FCT Police Command has confirmed the arrest of 60 members of the Islamic Movement of Nigeria (IMN) during its alleged violent protest on Monday in Abuja. The group had on Monday shut down the Federal Secretariat complex in Abuja over the continued detention of the leader of the sect, […]