Skip to content
The Barcelona star goes into the World Cup as the La Liga top scorer and Golden Shoe winner, while team-mate Aguero is returning to full fitness

Lionel Messi is in a “good moment” physically and excited for the challenge of trying to help Argentina win the World Cup, according to Jorge Sampaoli.

La Albiceleste are set to face Iceland, Croatia and Nigeria in Group D at the finals in Russia, as they seek to go one better than their loss to Germany in the final in 2014.

Messi was said to have arrived at the previous tournament in Brazil short of full fitness after a difficult season under Gerardo Martino at Barcelona.

But the superstar forward has been in sparkling form as the Blaugrana won La Liga this term, leaving Sampaoli optimistic upon naming his final 23-man squad on Monday.

“I’ve talked to Messi and I [found] him very excited about what’s coming, physically he’s in a good moment,” the coach told a news conference.

Messi’s fellow forward Sergio Aguero has not played for his club Manchester City since April due to a knee injury, but Sampaoli declared the 29-year-old fully fit.

“He is working normally since last week,” the coach said.

“[Gabriel] Mercado is not going to have any kind of [major problems]. We’ll see how [Lucas] Biglia arrives [in camp].” 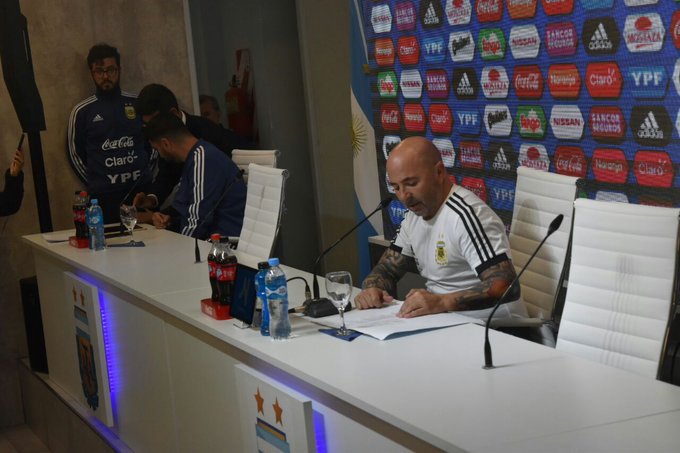 Argentina struggled in qualifying, and needed a Messi hat-trick in their final match away to Ecuador to secure passage to Russia.

Sampaoli, though, is confident the team can impress at the tournament, and is planning to pick the players who are able to cope with the pressure of carrying the hopes of a nation on the big stage.

“The World Cup has to be faced without fear, with loftiness, with presence, and those who are more convinced of their game will be closer to the starting line-up,” he said.

“One understands that these players have characteristics that serve us … with time and the desire to play, this will be enhanced, I have great hope and, every time I see them train, the dream grows.

“For me, the objective is to enhance individual characteristics to make a great World Cup.

“If we dare to play, we will be a complex opponent for anyone.

“We are obliged to move an entire country, I hope we can do it the way we want.”

If you Googled 'European nights', Liverpool would be top result - Klopp

Tue May 22 , 2018
The Reds boss says his team could have the answer to Real Madrid’s greater Champions League experience in the final Liverpool manager Jurgen Klopp has joked that the club would be the top result on Google for the search term ‘European nights’. The Reds face Real Madrid in Kiev on […]