by NAIJAXTREME, MD, USA
in Sport
0

The Barcelona superstar sustained the injury in the 4-2 win over Sevilla earlier this month, ruling him out of El Clasico.

Of course, Ernesto Valverde’s side ran out 5-1 winners in an astonishing game at Camp Nou, though his manager insisted afterwards that they still missed Messi.

“For us, since last week when he got injured, we were probably thinking how we would respond on the pitch,” he told a news conference.

“There’s only one answer, you have to respond as a team and that’s what we’ve done. The result could’ve been different but that’s the only answer we can give you.

“We’re delighted for the team but obviously the sooner he’s back the better for us because we miss him. We want him back tomorrow.” 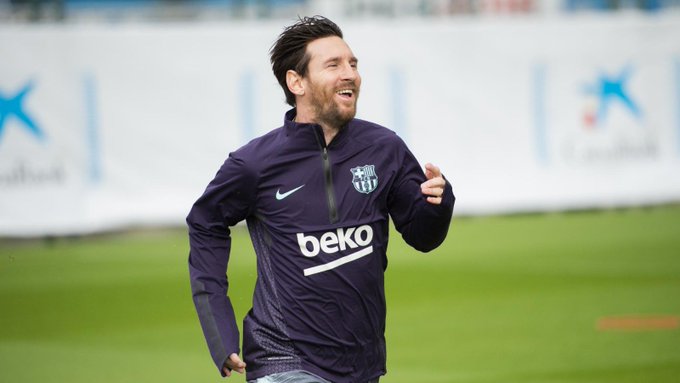 Messi is now back in training with the first-team, though he still has some mobility issues, and is thus unlikely to feature in the Copa del Rey clash with Cultural Leonesa.
Barca play Rayo Vallecano this weekend, before taking on Inter Milan in a Champions League tie that could determine the winner of Group B.

Messi has been in superb form thus far this season, scoring 12 goals in 12 games in all competitions, and providing six assists.

Luis Suarez is doing his best to fill the gap left by his esteemed colleague, and scored a superb hat-trick in the Clasico beating of Real.

“Everybody was talking about him not scoring but because he works so hard, the consequences are the results.

“In the long term, that’s what he does. We win from having him in our team.”

Buhari is Nigeria’s most successful fraudster in history – Eedris