Skip to content
The Argentine was not to be denied a customary goal against the Blancos on Sunday, with his effort raising the bar a little higher in Catalunya

Lionel Messi was on target again for Barcelona against Real Madrid, with a new record set in terms of Clasico goals at Camp Nou.

The mercurial Argentine has been a thorn in the Blancos’ side down the years, with his remarkable talents tormenting them both in Catalunya and the Spanish capital.

It was on home soil that he picked his way through Zinedine Zidane’s side on Sunday, with Real caught cold at the start of the second half.

The visitors were a man to the good following the dismissal of Sergi Roberto and had entered the interval level at 1-1.

Messi, however, had Barca back in front within seven minutes of the re-start as he drilled low into the bottom corner.

Despite having three defenders around him, the 30-year-old forward found a yard of space and lashed past Keylor Navas.

The effort was his seventh at Camp Nou in Clasico encounters, and nobody has managed more.

Real legend Francisco Gento plundered six during his distinguished career, but that mark has now been passed. 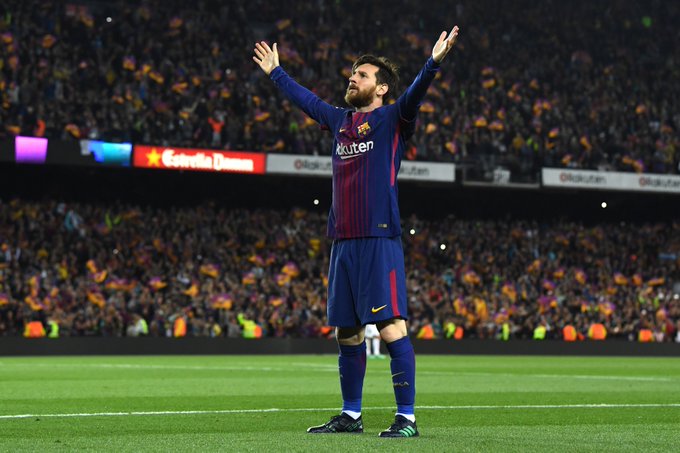 Messi’s effort keeps him on course to finish the 2017-18 campaign as the top scorer in La Liga.

He has now found the target 33 times in the Spanish top-flight, keeping him eight clear of eternal rival Cristiano Ronaldo – who had also been on target in the latest Clasico before being forced off with an ankle problem.

Messi’s goal did not prove to be the winner for Barcelona, unfortunately, as Gareth Bale equalised inside the final 20 minutes to earn Madrid a point after a tempestuous encounter.

Mon May 7 , 2018
The Kaduna State Government has confirmed the attack on Gwaska village in Brinin Gwari Local Government Area of the state. DAILY POST reports that 27 persons were during the weekend reportedly killed and several houses set ablaze after suspected bandits attacked the community. While condemning the incessant attack on the people of […]