Two men who accused Michael Jackson of sexually abusing them as children could bring their lawsuits to trial thanks to an update in the law.

Wade Robson and James Safechuck, whose accusations were featured in the documentary Leaving Neverland as well as in a 2013 lawsuit that was dismissed four years later, could find themselves back in court. Both men had appealed the 2017 decision to discharge their cases, which was due to a statute of limitations, but these appeals have since been on hold in the appellate court.

Jay-Z’s Made in America festival cancelled due to coronavirus

Now, according to TMZ, the California Court of Appeal has issued a tentative ruling that could overturn the 2017 dismissals. The discharge stemmed partly from missing a deadline in which civil or criminal charges need to be filed when relating to sex abuse claims. But the statute of limitations for child sexual abuse cases has since been extended in Californian law. 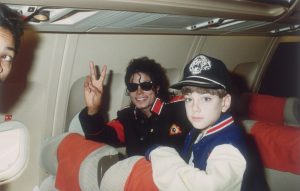 Should trial be granted, Robson and Safechuck would be able to sue the Michael Jackson estate for millions of US dollars like they attempted to do so six years ago.

The estate, his family, and Jackson himself before he died in 2009 have denied all accusations of sexual misconduct levelled against him.

In the wake of the increased controversy surrounding the allegations made in Leaving Neverland, it was announced earlier this year that the 1991 episode would be taken off the off and pulled from broadcast rotation, with showrunner Al Jean going as far to say that the late singer used his cameo “to groom young boys”.

Meanwhile, Jackson has once again be named as the highest earning dead celebrity.