Mohamed Salah has urged his Liverpool teammates not to rest on their oars ahead of their crunch encounters with Brighton and Hove Albion and Real Madrid.

The Anfield outfit nicked a place in the final of the Champions League for the first time since 2007 where they meet Zinedine Zidane’s men on May 26.

And before the showdown, they will be playing their last Premier League game with the Seagulls on Sunday, and need only a point to seal their place in the top Europe competition next season – although, a win against Los Blancos in Kiev will secure them an automatic Champions League qualification.

However, the Egypt international, who has enjoyed a terrific form in his debut campaign, scoring 43 goals in 50 matches, has charged his colleagues to end the season on a high.

“I’ve had a good season but without the players, it would be very difficult. We’ve had unbelievable moments together and we’ve sacrificed every day to improve ourselves,” Salah told club website.

“We still have two games to go and we have to win them. I’ve had a very good season, all of us [have].

“If you play a final, you can’t play to draw or lose – we’ll play to win the Champions League.

“But first we have Sunday. We have to think about that first to make sure we play in the Champions League next year. Then after we’ll play the final.

“It’s a special season for me and all the players. It’s very special to play a final. Everyone is very excited.

“It’s not going to be easy, we know that, but we will give what we have 100 percent to win the game. I’m very excited.” 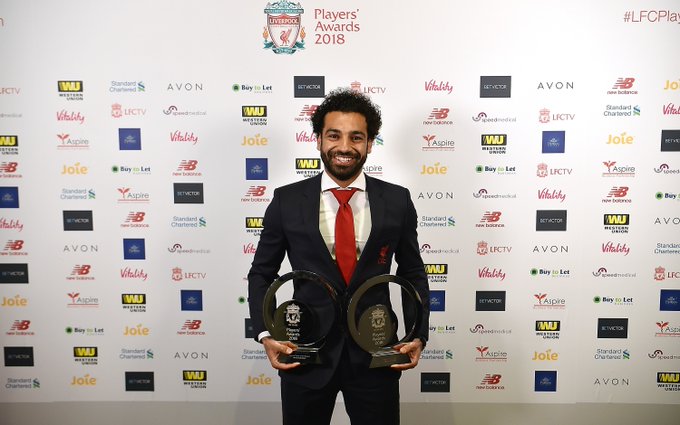 Robben to stay at Bayern after signing new deal

Fri May 11 , 2018
The veteran winger has penned a 12-month extension to his current contract and will be back for the Bundesliga champions in 2018-19 Arjen Robben has brought the uncertainty surrounding his future to an end by committing to a new one-year contract with Bayern Munich. The Dutchman had remained vague when quizzed […]