Skip to content
With the Red Devils a whopping 19 points behind Premier League champions Manchester City, their manager insists he wants more

Jose Mourinho accepted he cannot be completely satisfied with Manchester United guaranteeing a second-place finish in the Premier League.

Thursday’s goalless draw away to West Ham ensured United cannot be caught on the last weekend of the season, despite following up Friday’s 1-0 loss at Brighton and Hove Albion by drawing another blank in front of goal.

United sit 19 points behind rivals and runaway champions Manchester City – who also won the EFL Cup – and Mourinho feels his team could have performed better over the season.

“We are the second-best team in the Premier League, a fantastic competition with lots of good teams, with six teams trying to finish first,” Mourinho told BBC Sport.

“We came second. I am not totally happy, that is not my nature. But since the moment we felt it was impossible to finish first we had the target to finish second and it is done today.

“I am not critical of the performance at all. Against Brighton, at half-time I told the players they were going to lose and tonight at half-time I said we would win.

“I was wrong but we were positive in the game. In the 80th minute we know that a point was enough so we start thinking about that and we let the game go.”

With second spot in the bag, Mourinho is setting a new target for United’s last game of the Premier League season at home against Watford on Sunday.

“Now we have the objective to finish with more than 80 points,” Mourinho added.

“It is normal that Michael Carrick is captain at Old Trafford for the last game of his career.

“David de Gea will be rested, it gives a chance for Sergio Romero to play. I can make changes.” 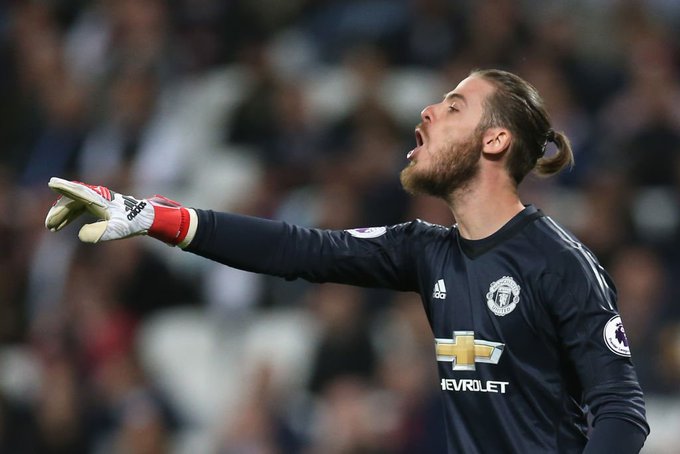 “A point against Manchester United any time is a good result and the attitude was good,” Moyes told Sky Sports.

“The players went about it really well, with a great attitude and commitment. We wanted to win and we want to move up the league if we can, but it’s a good extra point.

“It’s been a big achievement for us but I’ve enjoyed it. They’re a big club with big expectations and they’re looking to improve over the year, they don’t want to be flirting with relegation.”

Of his expiring contract, Moyes added: “We’ll have a chat next week and we’ll see.”

Atiku Abubakar discloses his agreement with Northern leaders on restructuring

Fri May 11 , 2018
Atiku Abubakar, former Vice President, has insisted that the North was not opposed to the idea of restructuring. The Waziri of Adamawa, while speaking at an event in Shagamu, Ogun State, said restructuring Nigeria will take the country to greater heights. Abubakar said he has been able to convince Northern […]