‘Mourinho threatened to get rid of Matic at half-time in a pre-season friendly!’

by BamBam, Lagos Nig.
in Sport
0
Share on FacebookShare on TwitterWhatsAppPinterest

In 2014, Jordan Houghton was part of a Chelsea team that had just won the first of the club’s five FA Youth Cups in a row. And he was knocking on the door trying to get his chance in the first team under Jose Mourinho.

Cesc Fabregas arrived from Barcelona to add to Mourinho’s midfield options, which already included Nemanja Matic, Ramires and John Obi Mikel. Like many young hopefuls coming through the Chelsea system however, Houghton ended up on loan before ultimately leaving for good.

‘Everything happens fast in football’ – Onana

‘I wanted to show Arsenal!’ – Giroud

Back then, Houghton might have fared better with a coach like Frank Lampard to bridge the gap to the first team but the MK Dons midfielder has nothing but fond memories of his time at Cobham.

He got the chance to train with superstars like Eden Hazard and Diego Costa, along with his idol John Terry. And he is grateful for the patience shown towards him – a deep-thinker and an introvert – by the staff at the world-class facility.

“Everyone asks me: ‘Is it disappointing not to get your shot at the first team?’,” he tells Goal. “Especially now with Frank Lampard there. They ask me if I would have got my chance, but I don’t look at it like that.

“I had an amazing 15 years of grounding and schooling which has trained me to have a job in football.

“It would have been lovely to make a Premier League appearance but I look back at amazing memories – of coming from a little introverted kid who kicked a ball about at a local side to be in one of the best academies in the world and excel.

“As a kid, I wasn’t very confident in situations where I was going into new groups with people I didn’t know. It was a gradual thing of getting used to it getting older. That’s probably why I played the majority of my youth career as a centre-half.

“I didn’t mind playing it but I am sure the other boys spoke up for themselves and asked to be a striker or winger. It helped me in the long run as a defensive midfielder now. I eventually went back into midfield at Under-16 level.

“Maybe even now I take my traits for granted a little bit. I play in teams lower down the leagues with good players but I am seen as a technical player. It is down to me to take that confidence back.”

It might have been hard for Houghton to stand out amid Chelsea’s stars but he nonetheless had the opportunity to train under a host of legendary coaches including Mourinho, Carlo Ancelotti, Rafa Benitez and Champions League winner Roberto Di Matteo.

It was Mourinho who granted Houghton his dream of appearing alongside Terry in pre-season. And it was during the game that his eyes were opened to the ruthless side of senior football.

“I got Terry’s signed shirt in the U9s as he was my idol at the time but I was nervous because I thought I wasn’t supposed to do it,” he added. “It was surreal that I trained and played with him. I see him as a friend now which is more surreal.

“We played together against Wycombe and AFC Wimbledon and it was under Mourinho. Against Wimbledon, I remember Mourinho absolutely hammering Matic and threatening to get rid of him so that was an eye-opener! I then went on tour with the first team.

“I took what I could from training with these guys and the first player who stuck out was Deco. He was just a class player with his touches. Didier Drogba, Diego Costa, Cesc Fabregas, Lampard and John Terry.

“But I think Eden Hazard was the best first-team player that I played with. He was incredible but he didn’t train so hard to be fresh for big games in the difficult periods. He was unplayable when he turned it on in training.

The Chelsea academy regards graduates like Houghton as success stories even if they don’t go on to play senior football at Stamford Bridge, with a host of other ex-academy players littered through European football. Meanwhile players like Mason Mount, Ruben Loftus-Cheek and Tammy Abraham have made it through to the first team.

Houghton grew up with Loftus-Cheek from the age of nine years old. They were the only two players to survive from their initial group and Loftus-Cheek was the only one from his generation to make it from Cobham to the first team.

He recalls the moment he knew Loftus-Cheek was ready; during a post-season friendly in St Louis, USA.

“Ruben had all the attributes so you knew that he could be a top player. He was an absolute beast,” he said. “Me and him started from U9s. We got to the U16s youth team and it was only me and him left from our group.

“He was always a big guy but he struggled with his back in the U16s but he came back the next season and he was an absolute beast. He grew into a man; he was big, strong and quick. Still, he had the technical ability to glide past players.

“I remember he was up against Yaya Toure in a post-season tour in America. I imagine Toure was mentally on his holidays but he came up against Ruben and he ran him off the pitch and bullied him. That’s what he can do.

“Now, he is still going and going strong. I am sure when he is back, he is going to hit the ground running because he is a top player. He will be a top player for England. I am sure he will go down in the history books as one of Chelsea and England’s best players. He has absolutely everything and he deserves his success.” 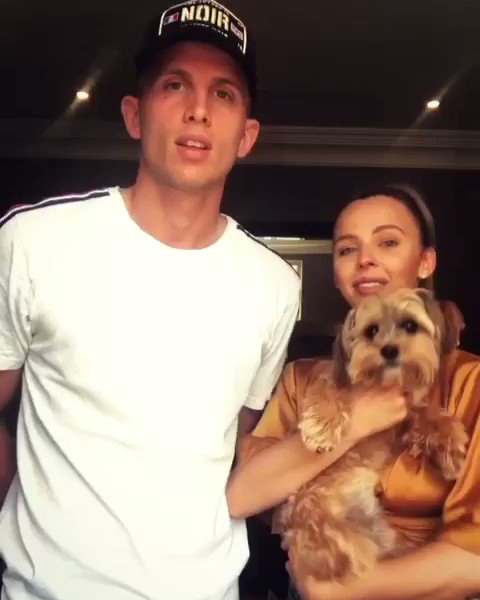 Houghton’s journey through the world of football has also provided him with the opportunity to give back, raising almost £3,000 for NHS Charities Together amid the coronavirus pandemic alongside his partner Harley Houghton.

It is no surprise that the thoughtful character has found a way to contribute off the field, even as the 24-year-old aims for the Championship in the near future on it.

“I am close to reaching 200 games in my career,” he said. “It has been good to knuckle down and get those games consistently. I have a manager in Russell Martin that trusts me and wants me to do well.

“I am in defensive midfield as a pivot which is a position that I feel suits me best. We’re fluid, play out from the back and are a passing team. I am really enjoying it. I feel I have done well but there’s more to come from me.

“The next goal is to play in the Championship. That’s the minimum I want to get to. If I haven’t got to the Championship, it would be an underachievement in what I see from myself as a player. That’s my next goal to get there, hopefully with MK Dons.

“We have still got work this season to make sure we are safe but we can look up next season. There’s a lot of us success stories who have come from that Chelsea academy scene who are now outside the club. The academy gets the plaudits it deserves.”

‘Everything happens fast in football’ – Onana

‘I wanted to show Arsenal!’ – Giroud