Alex Oxlade-Chamberlain says his knee surgery was a success and he is already working hard on his recovery.

The England international was consequently ruled out of the World Cup, although he could return in time for the 2018-19 season.

Oxlade-Chamberlain, though, is staying positive after an operation on his injured knee went well. 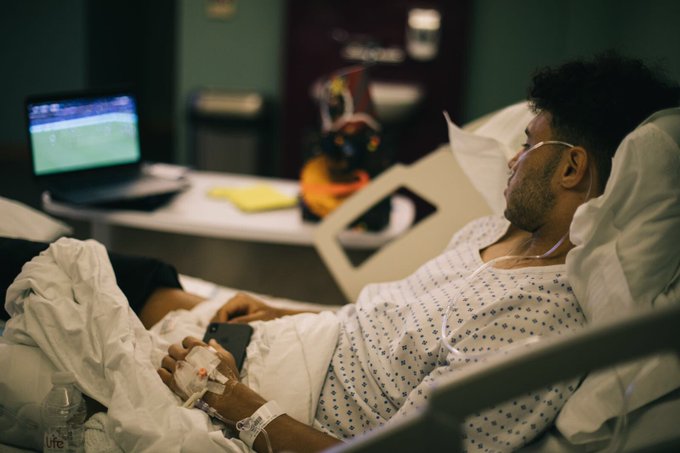 “Watching the boys in Rome last week taking us one step closer to something very special,” Oxlade-Chamberlain wrote on Twitter alongside a photograph of him in a hospital bed.

“Knee surgery was a success and the hard work has already begun.”