Arjen Robben has brought the uncertainty surrounding his future to an end by committing to a new one-year contract with Bayern Munich.

The Dutchman had remained vague when quizzed on his summer plans over recent months, with his current deal at the Allianz Arena coming to a close.

Various options had been mooted for the 34-year-old winger, with China considered to be one possible destination for a veteran performer.

Robben had even floated the idea that he could hang up his boots, with the stage of his career having now been reached where retirement is a distinct possibility.

He has, however, shelved those plans for now and signed up for at least one more season with Bayern.

Walking away would have been an odd choice, with the former Chelsea and Real Madrid forward having enjoyed a productive 2017-18 campaign despite his advancing years.

He has contributed five goals and as many assists to another Bundesliga title triumph, with there the promise of a domestic double to come as Bayern prepare for a DFB-Pokal final showdown with Eintracht Frankfurt.

It remains to be seen whether Robben is fit enough to play any part in that contest, with the former Netherlands international currently nursing an adductor problem.

He will be back for more in 2018-19, though, along with long-serving team-mate Rafinha. 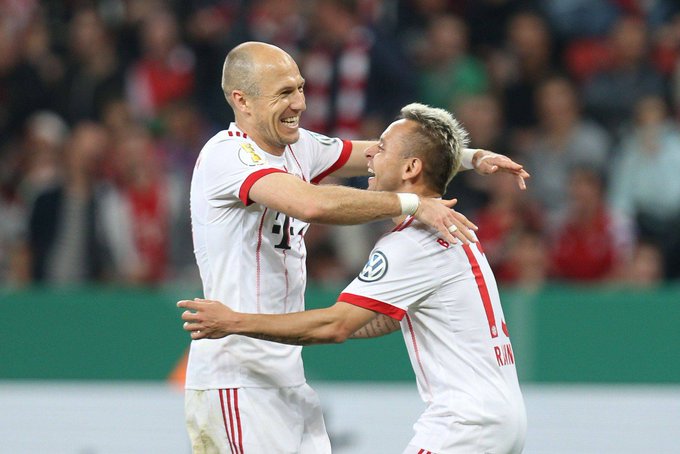 The 32-year-old full-back, who joined Bayern from Genoa in 2011, has also agreed a 12-month extension to his contract.

The Brazil international has been a regular under Jupp Heynckes this season and remains an important part a vastly experienced Bayern squad.

“Both Arjen Robben and Rafinha play an important role in our plans for the new season.”

The pair join Franck Ribery, who was also out of contract this summer, in agreeing to stay and play under new manager Jupp Heynckes.

Fri May 11 , 2018
The Federal Road Safety Corps (FRSC) has denied reports that it has started a fresh ‘recruitment’ exercise. The denial followed the discovery that a number of online sites are currently advertising application forms for vacant positions at the Commission. A statement on Friday by Corps Education Officer, Commander Bisi Kazeem, […]