Skip to content
The Egypt star suffered a shoulder injury in Liverpool’s Champions League final loss, but he expects to be fit to make the cut for Russia

Liverpool and Egypt star Mohamed Salah believes he will be ready to play at the 2018 World Cup despite suffering a shoulder injury during Saturday’s 3-1 Champions League final defeat against Real Madrid.

The forward’s hopes of making Russia suffered a huge blow when he was forced off in Kiev after tangling with Madrid defender Sergio Ramos .

While early reports over the severity of the injury have been mixed, most agree that Salah will struggle to recover from his injury in time for the tournament.

Indeed, Turki Al-Sheikh, Chairman of Saudi Arabia’s Sport Authority, affirmed on Sunday that he would not be taking part in the World Cup .

Salah, however, is more optimistic, stating that he is “confident” of his chances.

“It was a very tough night, but I’m a fighter,” the Liverpool star stated on Twitter. 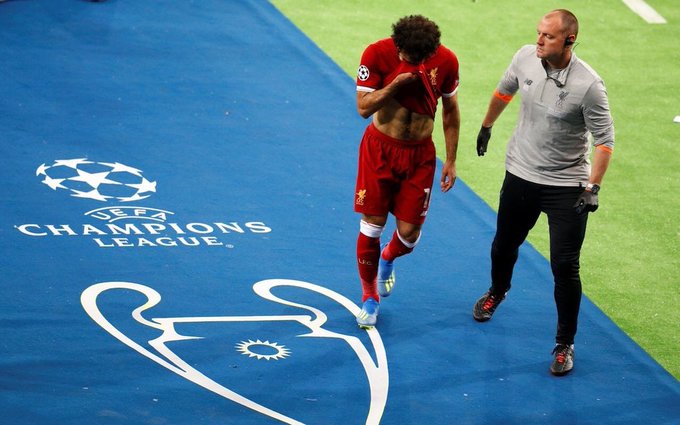 “Despite the odds, I’m confident that I’ll be in Russia to make you all proud. Your love and support will give me the strength I need.”

Under FIFA regulations, Egypt will have until June 4 to decide whether Salah is able to play a part in the World Cup.

After that date submissions for each nation’s 23-man squad are closed, giving the Liverpool man precious little time to prove his fitness before the deadline.

Egypt have been drawn against host nation Russia, Saudi Arabia and Uruguay in Group A of the tournament

Salah joined Liverpool from Roma for £36.9million last July and the former Chelsea man proved a revelation on his first season back in the Premier League.

A haul of 44 goals in all competitions saw him win a host of awards including the Professional Footballers’ Association and Football Writers’ Association Player of the Year double.