Skip to content
The Frenchman oversees his last home game as Arsenal boss on Saturday, and his Tottenham counterpart will be sad to see one of the greats bow out

Mauricio Pochettino has described Arsene Wenger as one of the best managers in the history of football ahead of his final home match in charge of Arsenal.

The 68-year-old will step down at the end of the season after nearly 22 years as Gunners boss and is expected to be given a guard of honour by the players when Burnley visit Emirates Stadium on Sunday.

Wenger, whose side lost their Europa League semi-final tie with Atletico Madrid 2-1 after a 1-0 second-leg defeat on Thursday, will then conclude his Arsenal career with trips to Leicester City and Huddersfield Town.

Tottenham counterpart Pochettino says it is hard to find enough words of gratitude for the impact the Frenchman has had on the game.

“All that happened at Arsenal under Wenger, he deserves everything. For me, he is one of the best managers in football history.”

Pochettino does not wish to revel in another team’s disappointment but is thrilled at the prospect of a third campaign in a row in Europe’s top competition, especially as they try to put their own FA Cup semi-final loss to Manchester United behind them.

“I am not happy about it or enjoy it when another team loses, but of course it is for our interests,” he said. “I think to finish in the top four is a massive success for the club.

“After the defeat in the FA Cup, it was too difficult to manage the week. It was a long week until we played again [against Watford]. It wasn’t an easy week. 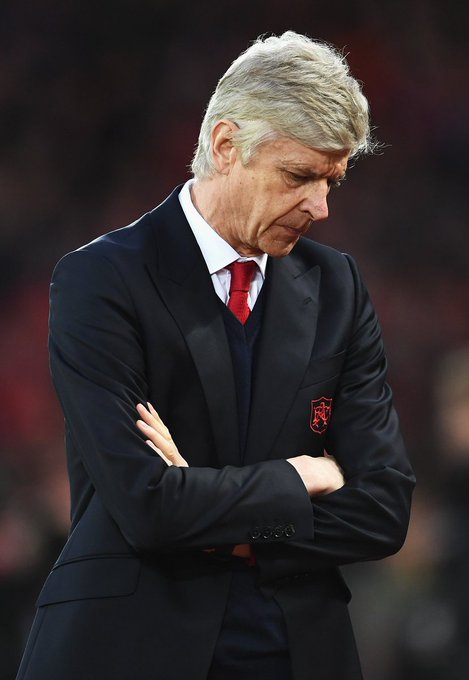 “This week was much better, the atmosphere is better. The players feel they have more energy and it’s changed the dynamic.”

Pochettino, who confirmed Mousa Dembele will face a fitness test ahead of the trip to West Brom on Saturday, also backed Steven Gerrard to be a success at Rangers.

The former Liverpool captain is expected to be appointed at Ibrox on Friday after reportedly agreeing a three-year deal.

“Steven was an amazing, great player and it’s sure he has the experience to manage,” said Pochettino. “I wish him all the best because it will be fantastic for football to have him as a manager and one day to challenge him.”