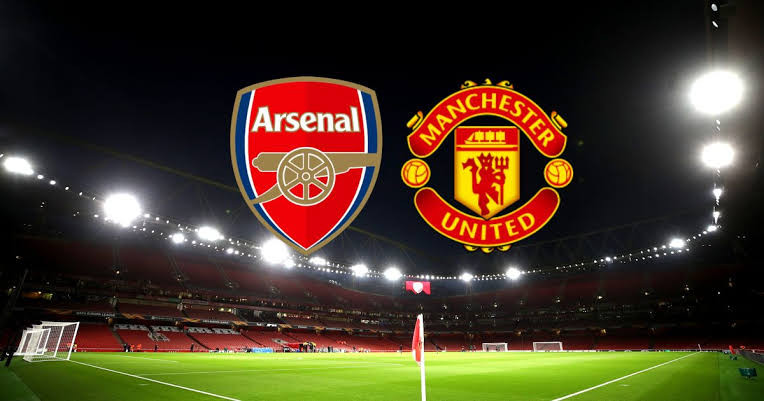 Manchester United and Arsenal football club of England have confirmed they have left the European Clubs Association (ECA) while United chairman, Ed Woodward and Arsenal CEO, Vinai Venkatesham have resigned from their positions with UEFA in staunch moves to show they are intent on going ahead with plans to set […]

Arsenal head coach Mikel Arteta was full of praise for Nicolas Pepe, who scored a vital goal for the Gunners in their 3-1 win at Southampton on Tuesday. Stuart Armstrong gave the home side the lead after just three minutes before Pepe struck back five minutes later after he was played in by Granit Xhaka. […]

Dani Ceballos has explained the reasons for his second loan spell at Arsenal, with the Spanish midfielder of the opinion that he has “improved” considerably during his time at Emirates Stadium. The 24-year-old initially linked up with the Gunners during the summer of 2019. His creative qualities were expected to be […]

Unai Emery claims he “tried to help” Mesut Ozil during his time as Arsenal boss and prevent the unfortunate circumstances that have played out in 2020-21 from happening. A World Cup-winning playmaker has always been a divisive figure at Emirates Stadium, with questions regularly asked of his contribution and commitment to the […]

Arsenal captain Pierre-Emerick Aubameyang admits that he has been “struggling a lot” to replicate his best form this season, but feels that he has the tools and the attitude to turn things around as the Gunners look to climb the Premier League table after a poor start to the 2020-21 campaign. […]

Loic Remy has offered advice to Arsenal’s £72 million ($95m) record signing Nicolas Pepe, urging him to retain his focus to avoid becoming an expensive flop at Emirates Stadium. The 25-year-old played alongside Remy for a single season at Ligue 1 club Lille, with Pepe scoring 22 goals in 38 league games to convince the Gunners […]

Mikel Arteta insists Nicolas Pepe is “trying his best” to live up to exceptions at Arsenal, but also admits that the club’s record signing is “suffering” amid widespread criticism. Pepe completed a £72 million ($97m) move to Emirates Stadium from Lille in August 2019, with Arsenal winning the race for his signature ahead […]

Under-fire Arsenal boss Mikel Arteta insists the club has mapped out its next two transfer windows as he claimed some of the team’s poor results were down to bad luck. The Gunners are languishing in 15th position after gathering only 14 points from 14 matches, and are only four points ahead of Fulham in the […]

Mikel Arteta is adamant that he will not quit his post at Arsenal, despite falling under ever-increasing pressure, with the Spaniard doing his best to ignore the speculation surrounding his future. Uncomfortable questions are being asked of a rookie coach at Emirates Stadium. Despite delivering FA Cup and Community Shield triumphs across his first […]

Pierre-Emerick Aubameyang remains unavailable to Arsenal, Mikel Arteta has confirmed, with the Gunners captain set to sit out a Carabao Cup quarter-final clash with Manchester City. The Gabonese frontman missed a 2-1 Premier League defeat to Everton on Saturday with a muscle complaint. Arteta claims that injury is not as problematic as it was, but […]

Arsenal’s decision to snap up Willian was “lazy recruitment”, says Tony Adams, with Mikel Arteta told that Arsene Wenger would never have taken a punt on the 32-year-old Brazilian. Eyebrows were raised when the Gunners handed a three-year contract to an experienced South American forward over the summer. They were, […]

Arsenal are almost ready to welcome Gabriel Martinelli back to the first-team fold, according to Gunners boss Mikel Arteta. The 19-year-old forward has not featured since March after suffering a serious knee injury but recently made his comeback for the club’s Under-21s. Five points above the relegation zone a third of the […]

Arsenal manager Mikel Arteta hopes Pierre-Emerick Aubameyang’s first Premier League goal after 648 minutes of action will change everything for the Gunners. In Wednesday’s 1-1 draw against Southampton, the 31-year-old levelled the scores for the Emirates Stadium giants after Theo Walcott had given Ralph Hasenhuettl’s men an 18th-minute lead after profiting from […]

Thomas Partey has thrown his weight behind Mikel Arteta by stating the Arsenal manager is building something good with the players at the club. The Gunners are enduring a four-game winless run in the Premier League and they currently occupy the 15th spot in the table with 13 points from 11 games. […]

Jamie Carragher says Mesut Ozil is not the solution to Arsenal’s problems and believes the Gunners will have to go through a difficult period before things get better. Ozil is unavailable to play for the north London side because coach Mikel Arteta left him out of the 25-man Premier League and Europa […]