REMA BAD GOVERNANCE KILLED MY BROTHER Rema bad governance killed my brother. We all as Nigerians have so many things we would mention if asked where the government of Nigeria has failed us. Majority of our politicians we voted in office to represent us and be our voice in government […]

DAVIDO ACCEPTS APOLOGY OVER FIGHT WITH REMA Rema and Davido made the news after the Big Brother Naija season 5, Lockdown Edition, came to an end. The 71 days reality TV show that premiered on the 19th of July kept Nigerians and fans of the show worldwide glued to their […]

Fans of popular Nigerian Singer, Rema are currently reacting to some photos which the singer shared on social media. While some fans are praising the Singer for looking younger by the day, others have slammed him for sharing “below-average” photos on social media. One fan mentioned that WAEC is making […]

Sensational Nigerian singer and Mavins recording artiste, Divine Ikubor, better by his stage name, Rema has declared his intentions to contest in the sixth edition of the Big Brother Naija reality TV show. Some fans and followers of the “Ginger Me” singer probed him with questions and one of which he deemed […] 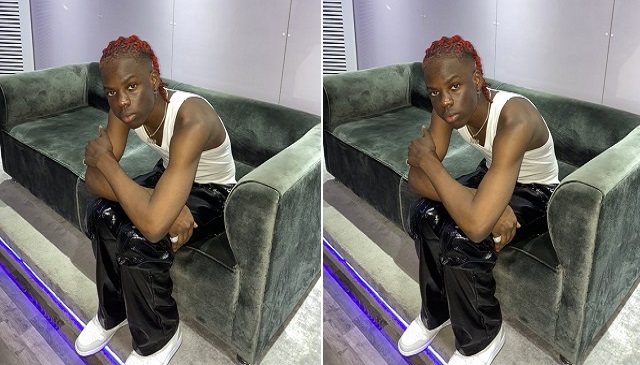 Nigerian Singer, Rema, has become a social media meme following a recent photo he shared on his page. Rema whose real name is Divine Ikubor, was pictured wearing a singlet and sitting on a sofa with his arms folded together, and fans are insisting that something might be wrong with […]

The young lady who went on a romantic date recently with budding Nigerian singer, Rema has in a new interview, finally cleared the air on her relationship with him. Her date with the singer caused a frenzy on social media with a lot of people believing that she’d been an […]

Nigerians on Twitter have accused popular singer, Rema of staging an online contest and selecting a winner he already knows, instead of a random fan. Few days ago, the ‘Dumebi’ crooner took to his social media page to announce his plans about spending a day with a special female fan […]

American media network, BET, on Monday announced the nominations for the 2020 Awards ceremony, which will also mark its 20th anniversary. The awards celebrate the brightest stars in the entertainment scene, ranging from music, television, film, sports, and philanthropy. The nominees announced in the Best International Act Award category are: Burna […]

Mavin Records signee and fast rising Nigerian recording artiste, Rema has revealed the easiest way to make a typical Nigerian police officer angry. The singer who was recently praised by Davido made this known in a recent tweet he shared on his official Twitter page yesterday, June 1. According to him, it takes just four […]

Mavin Records singer, Rema has revealed that Wizkid is one of the legends who inspired him in his music career. This was after a fan asked during a question and answer session: “Does Wizkid inspire you? Do you like his sound?” Speaking on whether Wizkid influenced him or not, Rema […]

Rema has shared that making money is not the ultimate goal in his craft. The singer took to Twitter to make this known to his fans and followers as he wrote that money isn’t his goal. Sharing on the micro-blogging platform, Rema wrote: “Money Is Not My Goal.” This came […]

The 15 Most Mountainous Countries in Europe

The 25 Most Mountainous Countries In the World